On a glorious evening for golf Whiting Bay again came up short in the final of the “Crystal”, this time losing on their home patch to Machrie. The match was a close one though with never more than a two hole margin in each game. In the opening game Whiting Bay pair of Gus MacLeod and Ronnie Mann lost by 2 holes on the final green to Machrie pair of Campbell Laing and Alex Morrison-Cowan while in the game behind John Pennycott and Dougie Auld found themselves 1 down to Machrie pair Brian Sherwood and John Milesi on leaving the 17th green. Needless to say the match was played in the best of spirits just as one would expect when so many island pals come together to enjoy their golf. For Whiting Bay it’s the second runners up spot in a row but for Machrie it’s many congratulations to the team on a fine performance.

Here’s a few pics of the course and competitors as well as, most importantly, the victorious Machrie team with the trophy in the clubhouse at the conclusion. 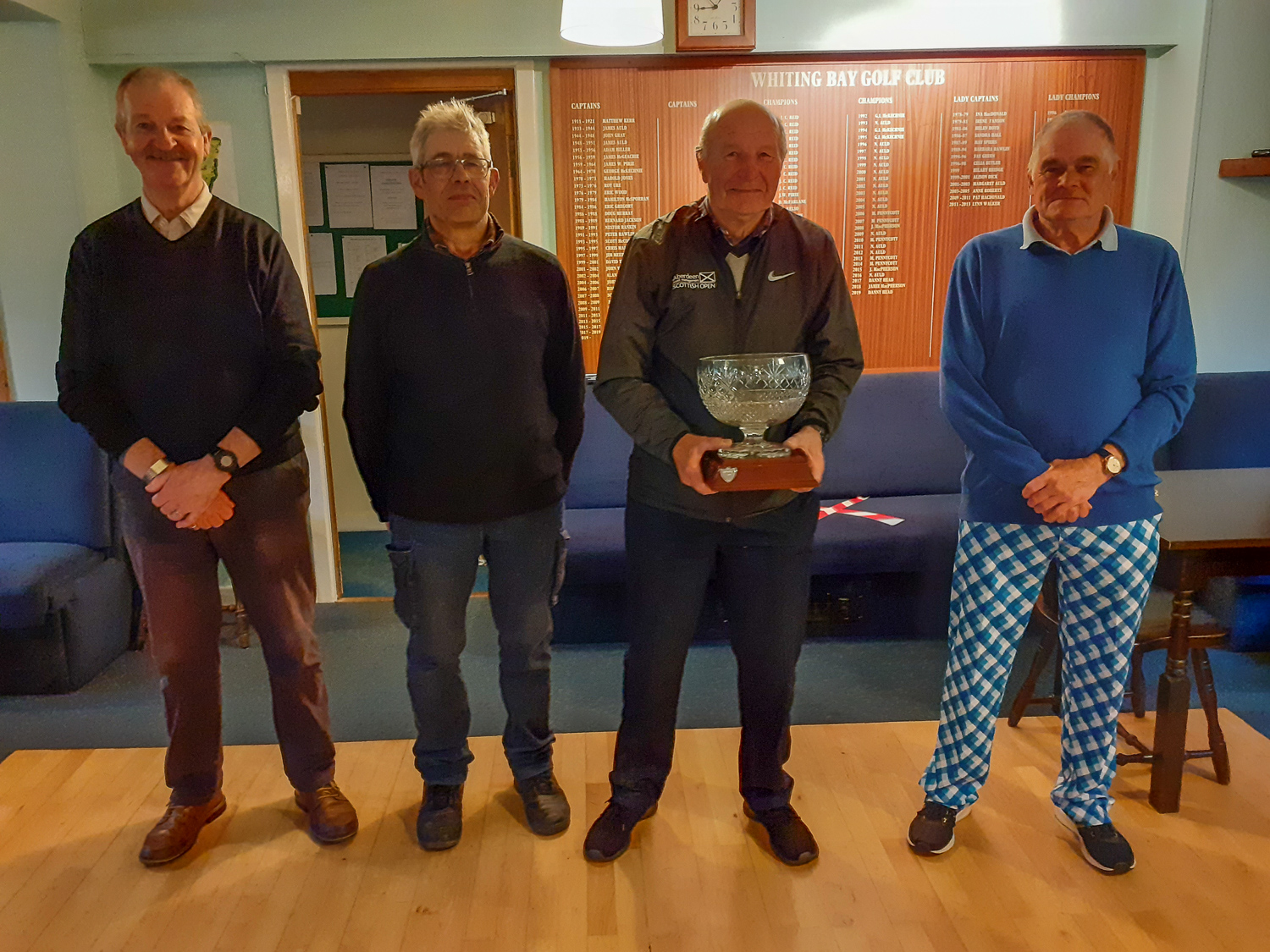 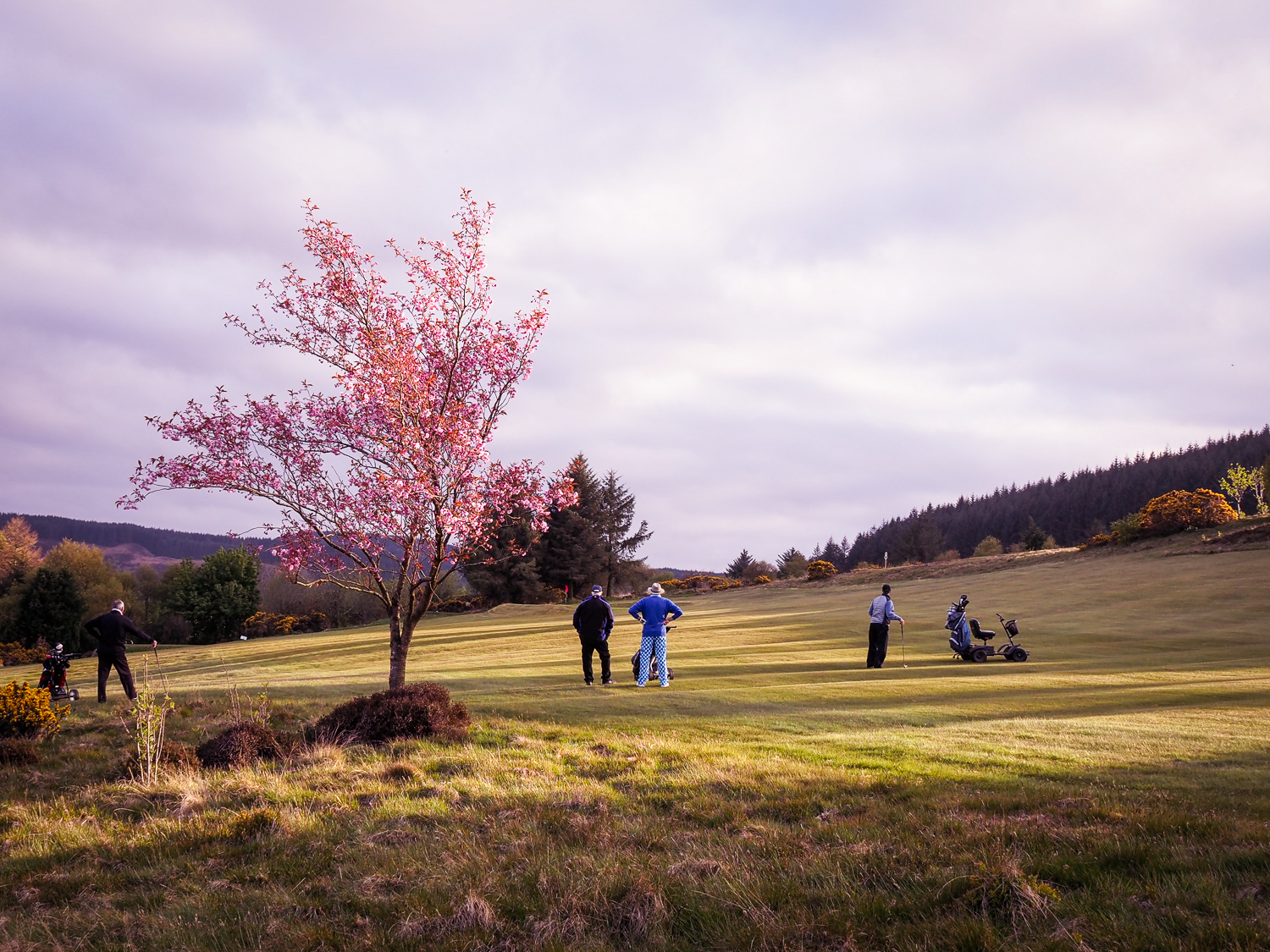 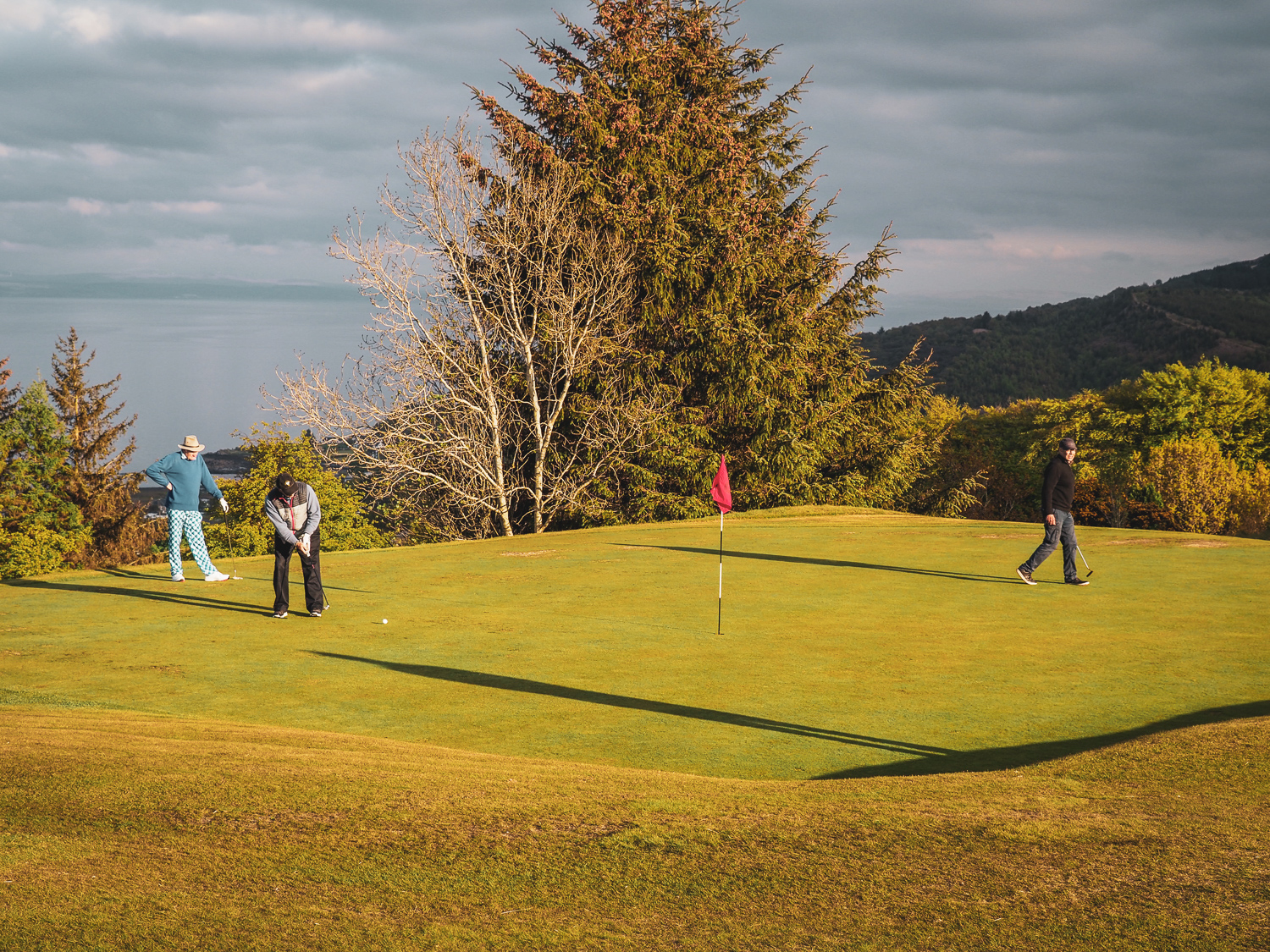 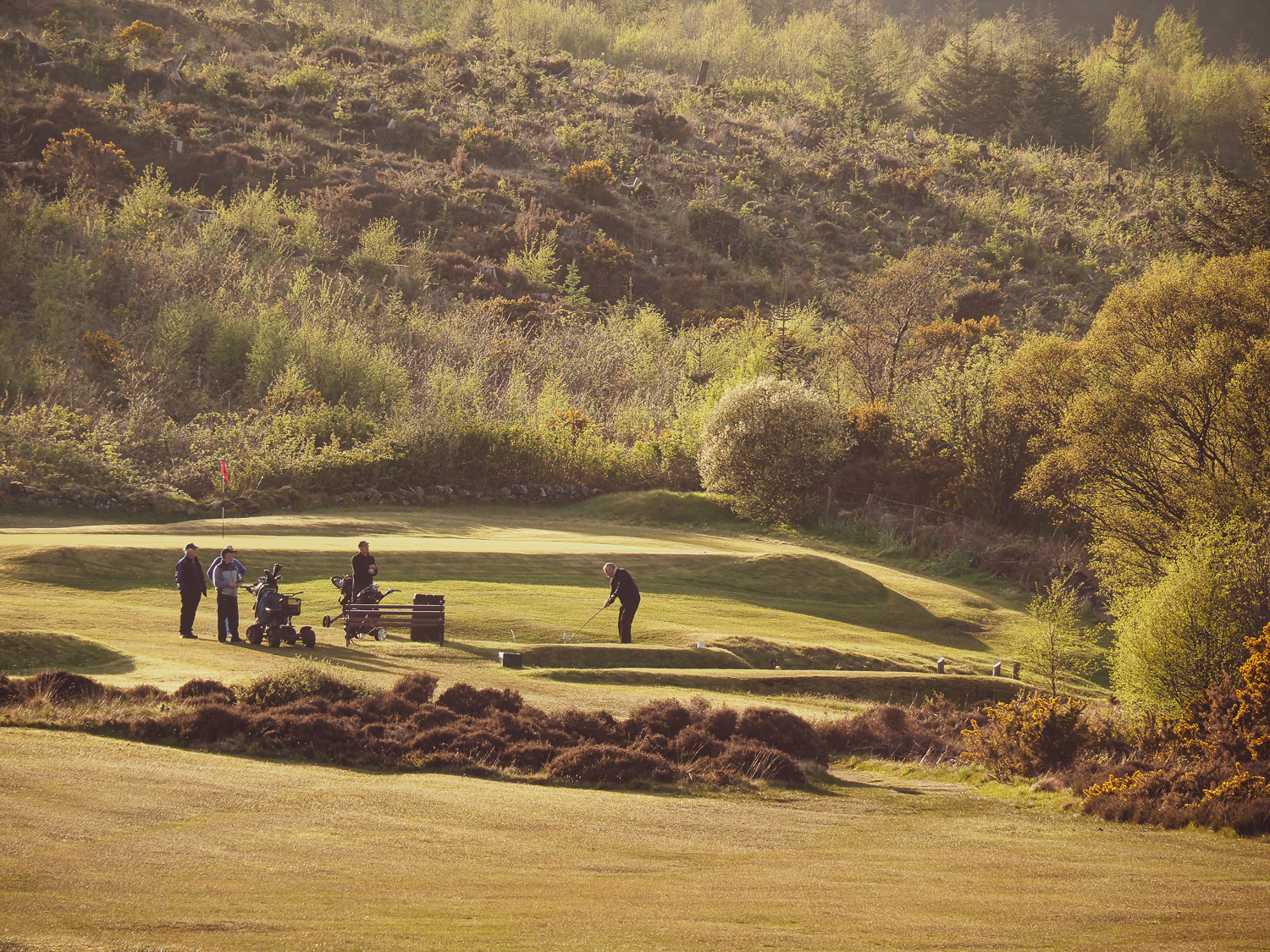 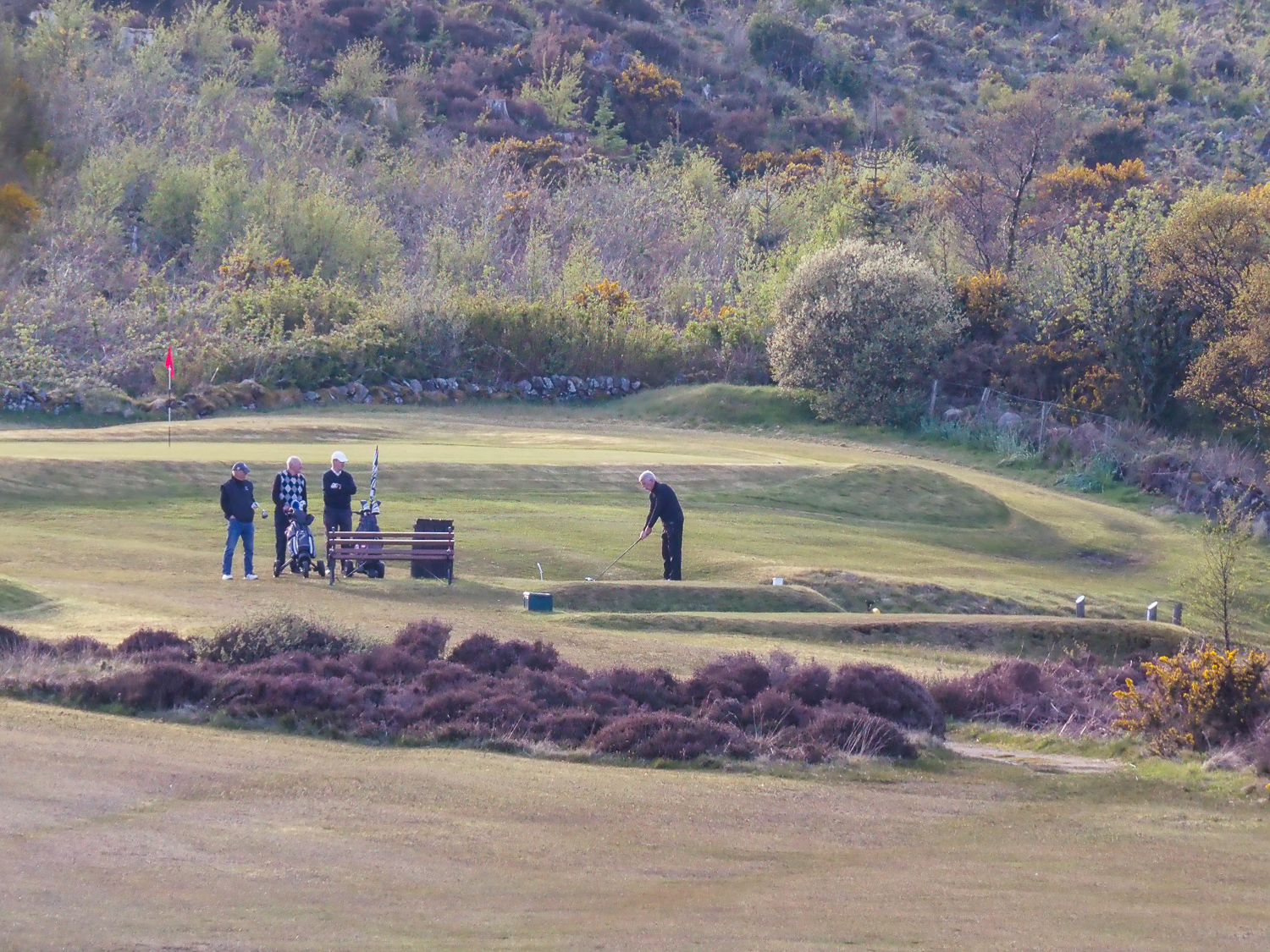 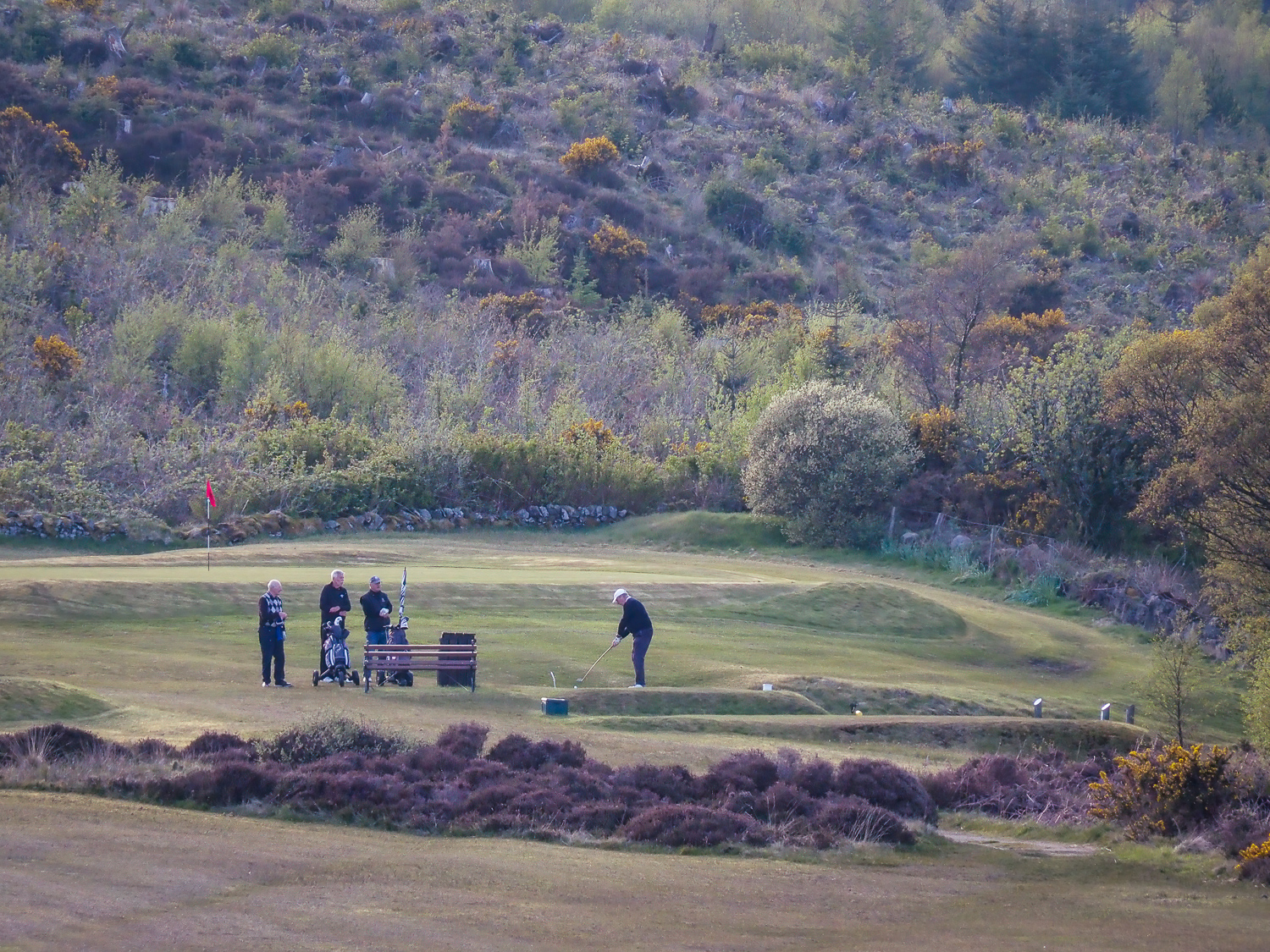 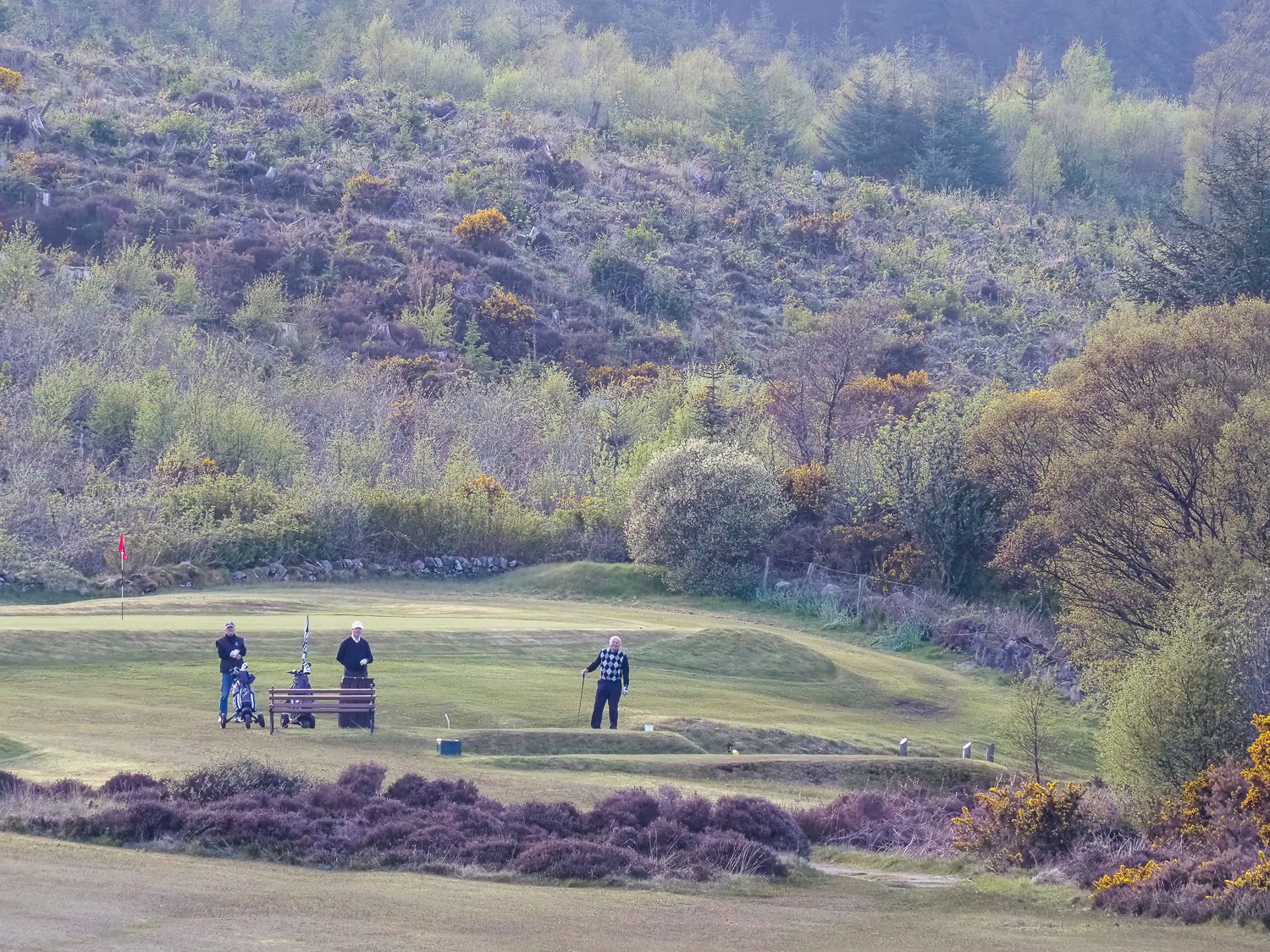 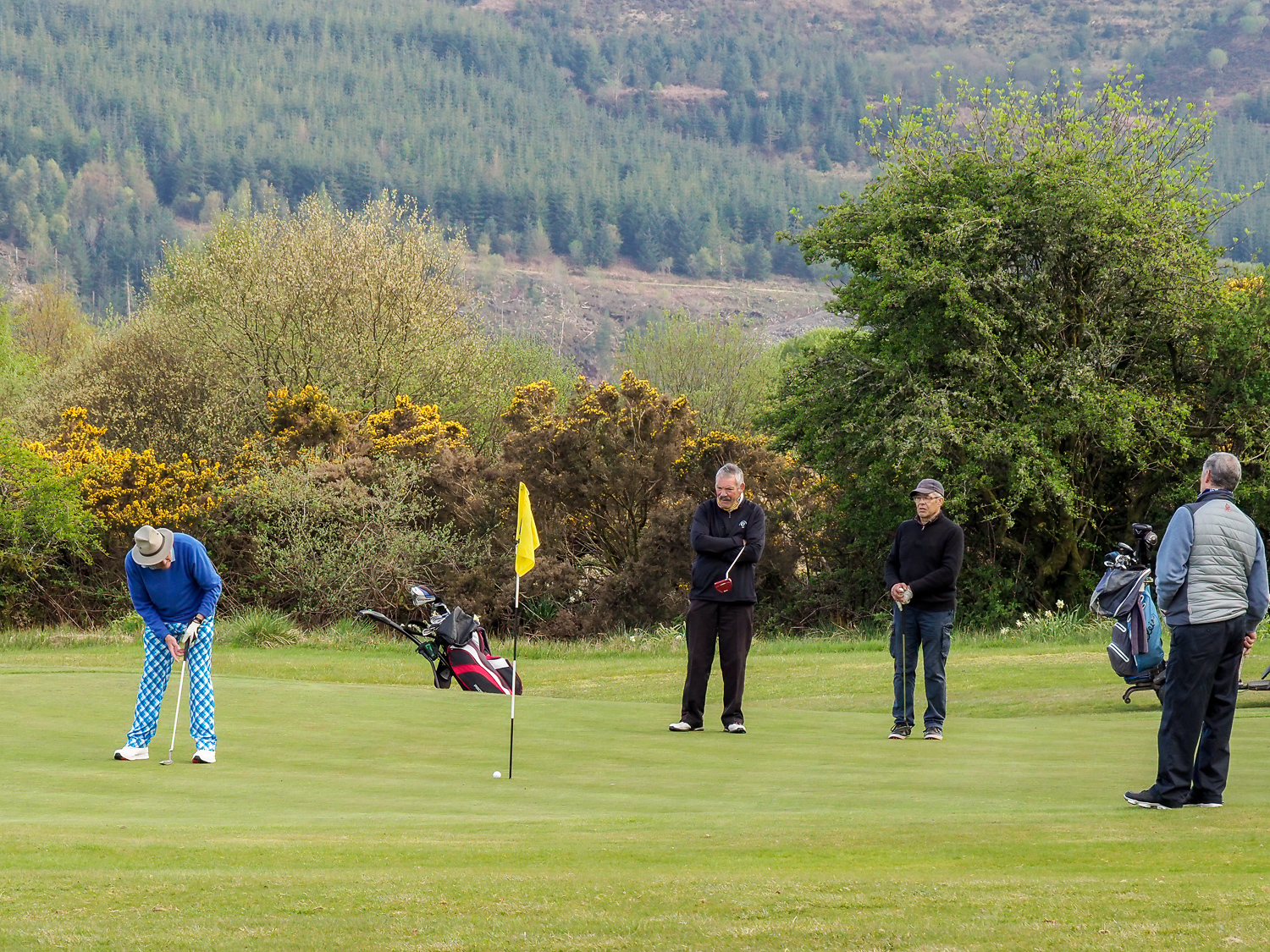