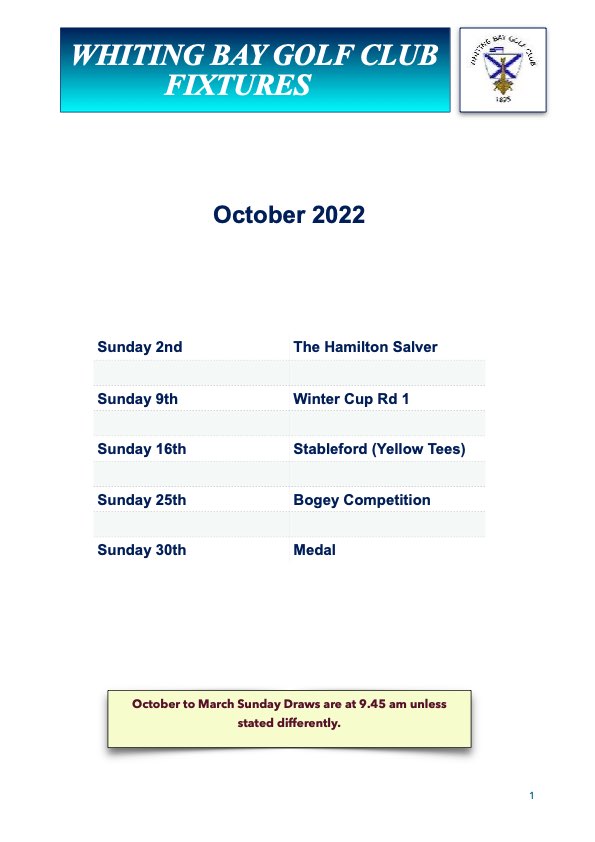 Well, it’s that time of year again and we’ll be playing for the Tam Young on Wednesdays throughout the winter. Please read the attached poster carefully; there have been some important changes to the scoring/handicap arrangements. And don’t forget, for an extra £2 – that’s right, only £2 – you can also enter the Most at the Eden Lodge Stableford throughout October. See the poster for that event for rules etc.

NB – Players who elect to enter the “Most” or to have their cards submitted as general play scores MUST HOLE OUT. 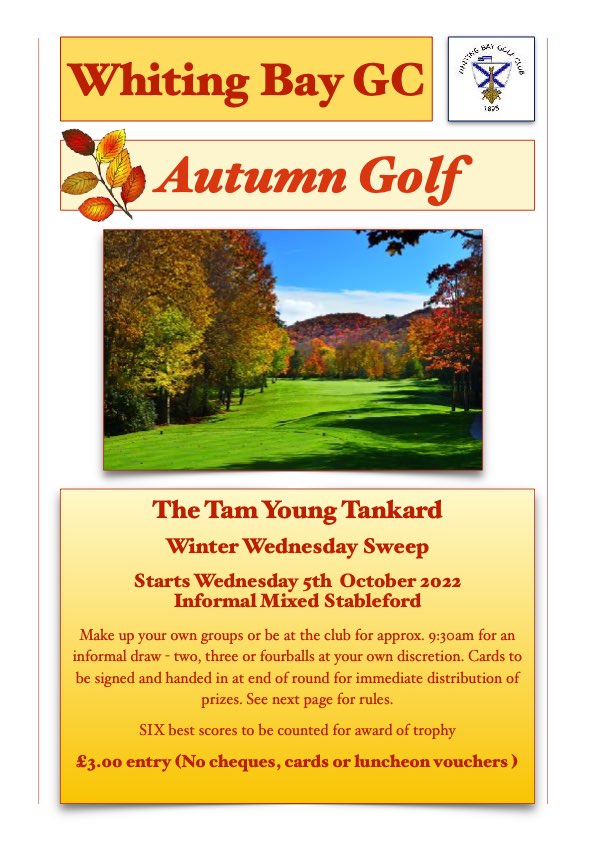 Wednesday 28th September – The Most at Eden Lodge 9 Hole Stableford

News of a season ending addition to the fixture list which should give us the opportunity to play some competitive golf for a few weeks longer. In view of the fading light play will be from the yellow tees and our thanks go to Stewart at “Most” for his generous sponsorship of the event. 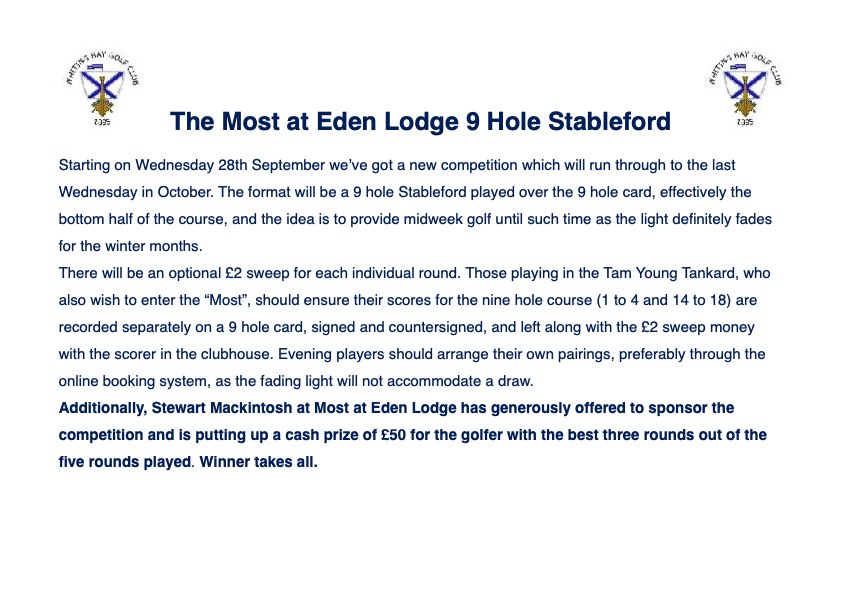 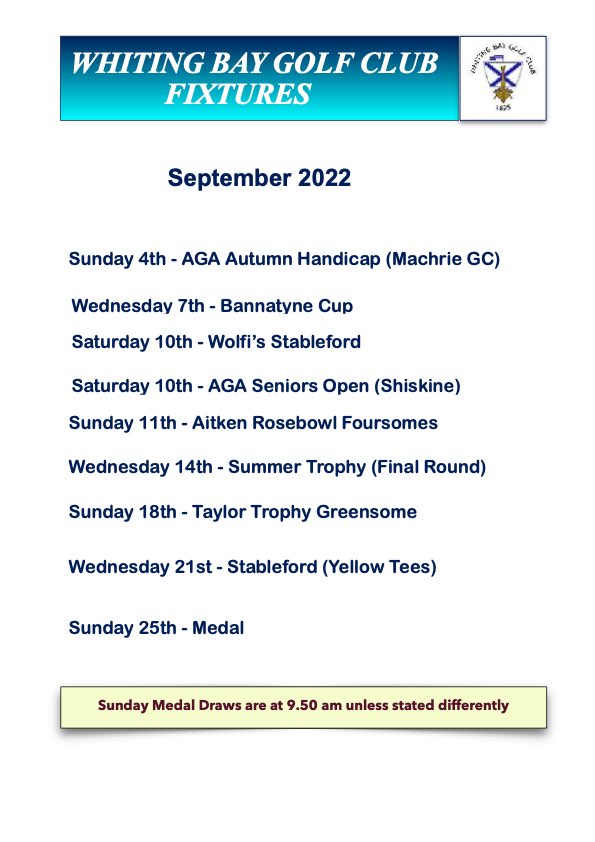 In a change to our usual practice, this years finals for the club championships and the JC Reid Trophy were played on a Saturday. It proved popular with all three games attracting a good level of spectator support. With the added benefits of extra trade in the clubhouse and freeing the course for members play on Sunday it seems likely we will continue with Saturday finals.

The first game to be decided was the ladies championship where Charlie Taylor played Gillian Lockhart over 18 holes. An audacious chip in from over the 15th green gave Gillian the trophy in a match that was much closer than the 4 and 3 margin suggests.

The JC Reid Trophy final saw Sean Higgins and Neil “Sonic” Lucas go head to head with handicaps applying. Sonic must have thought the trophy was his after establishing a three hole cushion on the front nine but Sean fought back on the homeward stretch. After driving the uphill 16th he then went dormie at the 17th. Another long drive down the 18th saw him win the final hole and the trophy by 2 holes.

In the gents final, played over 36 holes, defending champion Jamie Stewart and multiple winner Nicol Auld provided a feast of golf for the spectators following both rounds. Jamie secured the morning honours going three up at the lunch break and try as he might, Nicol found the deficit too much to claw back, eventually succumbing by 6 and 5.

Thanks to all finalist who provided a fine spectacle throughout the day and to George McKechnie who once again refereed the gents final so effectively; we don’t need VAR at Whiting Bay.
As always, Stuart had the course in fine condition, the greens in particular running straight and fast making putting not a job for the faint of heart. Our thanks to him for his efforts. Our thanks also to John and his clubhouse team for catering so well to the large crowd of hungry and thirsty players and supporters.

Here’s a selection of photos from the gents final and the JC Reid final as well as the finalists with their trophies. Apologies to the ladies for the lack of photos of their endeavours. Entirely the snappers responsibility for failing to check the tee off times!